One year into my mandate on Nanaimo city council.

HomeCampaign NewsOne year into my mandate on Nanaimo city council.

It’s been one year since I was elected and it’s time to review the last year of governance:  how much has Council has been able to accomplish, and how much of my own platform has been implemented.

Here is a link to the platform I campaigned a little over a year ago. I promised to be accountable to you, the voter, so please – don’t take my word for it – compare what I said I would do to what has actually been done: on https://bonner.ca/platform/

I would like to also point out that council has done so much more than just what is below.  It’s been a pleasure and honour to work with such a great group of people both at the council level and city staff.

Economic Development for our Future

Council is now in the process of setting up a task force to develop an economic strategy, which will outline how we will be setting up our hybrid model of economic development in our city.

Working to repair the relationships between Council, staff and the public.

I think overall this is a work in progress and we have made great strides. Specific to my platform, the following have been completed:

I have been unsuccessful in convincing my Council colleagues of the need for a separate Audit Committee, which I still believe is necessary; however, I have three more years to fight for this.

How I would like to see local government be more inclusive, open, and responsive.

Council has been able to act on several fronts. We have changed how in-camera minutes are being released, and now they will be released as soon as legally possible.

Still to be accomplished – and we are actively working on it – is changing the way we do public engagement. We have hired a communications manager and will be launching an online platform for public engagement in the new year.  We are looking at engaging the public through different channels, including working with Neighbourhood Associations in a more formal way.

We have set up an Environment Committee. However, Council hasn’t re-established all the Committees we had before 2014 – that is because Council decided to prioritize the set up of committees based on our strategic plan.

I would still like to see the Grants Advisory Committee set up again, with a mandate to review all the grants the City provides.  We also need to review our Permissive Tax Exemption policy, which would fall to that committee.  Committees can be a school for future councillors, and a way to engage the public more, so I would like to see more active in the future.

One important change in committees has been to disband the Committee of the Whole and setup the Governance and Priorities Committee (GPC) https://www.nanaimo.ca/your-government/boards-committees/governance-and-priorities-committee as part of this new committee we have moved Delegations not related to agenda items to our regular council meeting.  This has allowed public participation by delegations to double from where it was before.

Housing needs and affordability in our community.

This is a work in progress.  The very large increase in rental accommodations that are being built, and the hundreds of affordable housing units being built by BC Housing in Nanaimo, are going a long way to put downward pressure on rental prices.  However, that is not enough.  The up coming OCP (Official Community Plan) review will help in that matter.  I would also like to see a policy on short term rentals developed for Nanaimo, which Council will be looking at in the new year.

The tent city is gone, and half its population was placed into temporary emergency shelter.  There were several problems that came as a result of that move and it has been on the forefront of all the work we have been doing since we started a year ago.  We are seeing progress, but it is slow and painful. This is a tough, complicated issue with multiple causes – one that almost every city in North America is grappling with – and it is not going to be fixed in a year. Success will be slow and incremental.

In response to the crisis, Council setup a Health and Housing Task Force. https://www.nanaimo.ca/your-government/boards-committees/health-and-housing-task-force

The work of this Task Force continues, and it will be making recommendations to council in the new year.

Truth and Reconciliation Calls to Action, and improving our relations with local First Nations, Urban Aboriginals and Metis.

Council passed a motion to begin work on Item 57 of the Truth and Reconciliation calls to action.

Council and Snenuymuxw First Nation started up the PAWG (Protocol Agreement Working Group) and are meetings are being held regularly with SFN and City council.

We are looking at ways to incorporate Halkomelem language onto our entrance signs to the City and looking at renaming some streets and landmarks to include their traditional names as we replace signage.  This is a work in progress, and I expect to see advances in the coming year.

Policies and initiatives to promote diversity, equality and inclusiveness

This is also a work in progress.  Council put in our first budget to hire an events coordinator and increase the budget for more events in our city.  I think we have become a more active participant in local festival events, and we are working to increase our infrastructure for sports events and other events in our city.

I am one of nine individuals on Council, each with our own personal opinions, campaign promises to be fulfilled, and visions for the future of this amazing city.   I enjoy working with each and every one of them.  I also enjoy working with our City Staff.

The progress that we have achieved is Council’s progress of which I’m one of the team members.

My motions don’t always succeed. Who am I kidding? I think I’m doing about 50/50.  I am going to keep fighting for the city that I love and the residents and taxpayers who gave me the amazing honour of representing them at City Hall.

I cannot promise you anything – only that I will keep fighting for you, I will treat every dollar of your taxes with the utmost respect, and I will do my very best to thoughtfully and respectfully govern on behalf of every singly resident and taxpayer of the City of Nanaimo. I’ve made mistakes over the last year, and I will make mistakes over the next three. I will learn from every one, and I hope to make you proud to call me your councillor. 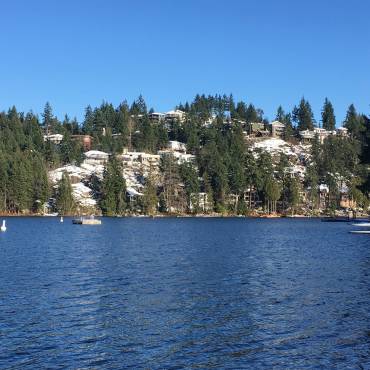